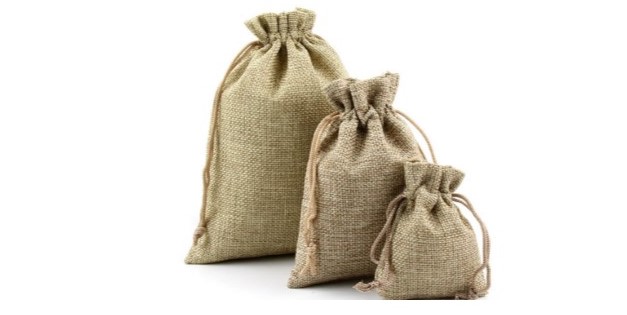 Last week I shared with you the bedtime story I told Peyton every night when she was little—the story of “Peyton’s Busy Day.”  Well, if Jesus had done that with the disciples, he would have had a pretty exciting story to tell them that night after feeding the five thousand.  The twelve had just gotten back from their first missionary journey.  It had been a big success, and the disciples had gathered around Jesus to tell him how they had preached and cast out demons and anointed the sick and cured them.  There were lots of people coming and going—so many that Jesus and the disciples didn’t even have a chance to grab a bite to eat.  Realizing that the twelve probably needed some time to regroup, Jesus suggested that they all go to a place where they could get away from it all for a bit.

So, they hopped in a boat and set out to find that nice, quiet corner where they could rest.  That might have been the end of their “b-u-s-y day,” but things didn’t work out as planned.  As soon as the crowds saw them getting into the boat, many took off on foot and got to the landing place ahead of them.  I imagine the disciples had a feeling that their downtime had just evaporated when they saw the crowds waiting for them. Because of course, being who he was, Jesus’ heart went out to the people who were so desperate to receive what he had to offer.  Instead of continuing on to their little retreat, he and the disciples stayed as Jesus taught the crowds.

Finally, the disciples decided that their busy day had gone on long enough.  When it grew late, they made a suggestion to Jesus: “Send all these people back to the surrounding villages to buy something to eat.”  But Jesus had another idea.  Jesus said, “You give them something to eat.”

Can’t you picture the disciples’ faces?  They were tired, they must have been hungry themselves, they had been offered a little break which they didn’t get, and now Jesus gives them a giant task of feeding five thousand men, along with whatever women and children were with them.  When Jesus looks at them and says, “You do it,” I can see them standing there in dismay.

Once the problem was back on their plates, the disciples went straight to their economic worries.  Since Jesus had sent them out on their missionary trip with no money, I think we can assume they still didn’t have any.  One of the twelve gets up enough nerve to speak up.  “Jesus, you want us to go out and spend two hundred denarii—eight months’ wages—to buy bread to give to all these people?” (and maybe muttered under his breath, “We have a problem with that”).

Businesses today are always looking for people who can think creatively.  I heard on the radio that some companies use a riddle from the Bruce Willis movie “16 Blocks” to test interviewees.  It goes like this: “You’re driving down the road on a wild and stormy night. There are heavy rains, high winds, and constant lightning. While you’re driving, you come to a partially-covered bus stop, where there are three people waiting for a bus:  a sick, elderly woman who looks like she might die, an old friend who once saved your life, and a person who quite possibly could be the soulmate you’ve been looking for all your life.  You only have room to take one passenger in your car.  Whom do you choose, and why?”  Supposedly your answer will reveal something about you and the way you solve problems.

The disciples’ answer to Jesus’ challenge revealed something about them.  They certainly didn’t show any creativity.  It showed that they were focused on what didn’t have, not on what they did.  And it showed that they didn’t trust Jesus; they didn’t trust that if he gave them a job to do, he would also empower them to do it.  Even though they had just come back from a mission trip, which was successful because Jesus had given them the authority they needed to do what he had told them to do, they were suddenly paralyzed by a sense of inadequacy and a fear of scarcity.

When we’re confronted with a big problem, we often feel the same way.  And, the disciples responded the way a lot of us do.  First, we try to make it someone else’s problem. When a purchase isn’t what we thought it would be, we call the manufacturer or supplier.  Problems in a relationship?  Tell the other person to change.  There’s a need in the community?  Maybe another church, or another organization, or the government will take care of it.  Thousands of hungry people gathered on a hillside?  “Jesus, send them to find something to eat.”

If we can’t hand our problem off to someone else, our next thought is that we have to throw money at it, sometimes money we don’t have.  The answer to a disappointing device or appliance or vehicle is to replace it.  Relationship problem?  Try some “retail therapy” and buy something that will make you feel better. Community problem?  Take up a collection or make a donation.  Of course, there’s never enough money, and we may feel anxious at giving it up. “Jesus, you want us to spend how much on all those people?”

Jesus surely knew that the disciples didn’t have the financial resources to go out and buy bread for thousands of people.  He also knew they were tired from all that they had already done.  Mark tells us earlier that Jesus had compassion on the crowds.  Is there any reason to think that he would feel any less compassion for his disciples?  So, when he tells them, “You do it,”  I think we can assume that Jesus had more in mind that would benefit both the crowds and the disciples.

Seeing that the disciples needed some prompting, Jesus gave them a hint: “How many loaves do you have?  Go and see.  Don’t look at what you don’t have.  Look at what you do.  Take an inventory.  See what you already have at your disposal.”

The kind of “seeing” Jesus expected the disciples to do is clear from the Greek word the gospel writer used.  This wasn’t just a visual ticking off of how many loaves were in their lunch bags.  It’s looking carefully at what they had right in front of them.  It’s paying attention. It’s looking beyond mere numbers to a better appreciation of the resources they have and how they might be able to use them.

Whether our problems are in our workplace or our relationships or our ministry as a church, we can find ourselves in the same position as the disciples.  When we’re worried we don’t have enough, Jesus says to us, “What do you already have?  Go and see.”  It’s when we truly “see” that we begin to grow in our appreciation of what we have, and in our trust that Jesus can make it enough.

What might a church have, especially a church like ours where money isn’t plentiful and we don’t have hundreds of people to pitch in?  When Jesus asks us, “How many loaves do you have?” what might we offer to Jesus?

Author and Episcopal priest Eric Law wrote a book for churches about seeing what we have.  It’s called Holy Currencies.  In it, Law explains that “currencies” are things that are circulated as a medium of exchange.  Most commonly we think of currency as money. But currencies can be other things, too.  They can be anything we circulate among others to achieve a desired result.

Law names six kinds of currencies.  One is “place and time.” Think of the places our congregation has: our building, with rooms and equipment of all kinds, our land, our parking lot, even the homes and yards of our members.  And then there’s our time—both time that’s paid for, like mine, or volunteer time, which you all offer so generously.

The fourth currency is the currency of “truth.”  This is the ability to fully understand a situation from many viewpoints and speak truthfully about it.  It’s allowing differing voices and experiences to be recognized as part of that truth.  We put the currency of truth into circulation when we closely observe what is happening around us, speak truthfully about it ourselves, and offer others the opportunity to speak without fear.

Next-to-last is the currency of “wellness.”  Law says that this is an intentional commitment to helping a community be healthy, whether that is physically, socially, economically, environmentally, or spiritually.  We circulate this currency when we help our community to be healthy in all aspects.

Finally, there is the currency of money.  That’s pretty self-explanatory.  But the interesting thing is that Law considers this as just one of the many currencies we may have at our disposal.  Often it isn’t even the most important currency we have to offer.

When we follow Jesus’ instruction to “go and see” how much we have, we might be surprised to find we have more than we thought.  I can think of so many ways we are already using the currencies we have as a church, especially those of place and time and relationships, along with money.  We probably have more waiting to be discovered. Whenever Jesus invites us into new ways to love and serve, we have a new opportunity to go and see what we have.  And, we may realize  that we’re sitting on a treasure chest of currencies that we hadn’t recognized before, both as individuals and as a church.

At Annual Conference this year, one worship service focused on this story of feeding the five thousand.  One of the speakers told us, “Jesus served people in the community from resources within the community . . . Through Jesus’ hands, the food was blessed. Through the disciples’ hands, the people were fed.”

Our world has many needs to address.  When we ask Jesus to do something about them, he likely will reply, “You do it.”   All of us, individually and as a congregation, have been entrusted with an abundance of currencies to use in his name.  We just have to go and see what we have.  Then we have to take the next step—offering what we have to Jesus.  What we have may not seem like much.   But, we can trust that when we offer it to Jesus, he will bless it.   And, when he hands it back to us, it will be more than enough.  Amen.

Answer to the riddle in “16 Blocks”:  Jack Mosely (Bruce Willis) replies “You give your car keys to your best friend, who takes your car and drives the old lady to a hospital. You stay behind with the love of your life.”