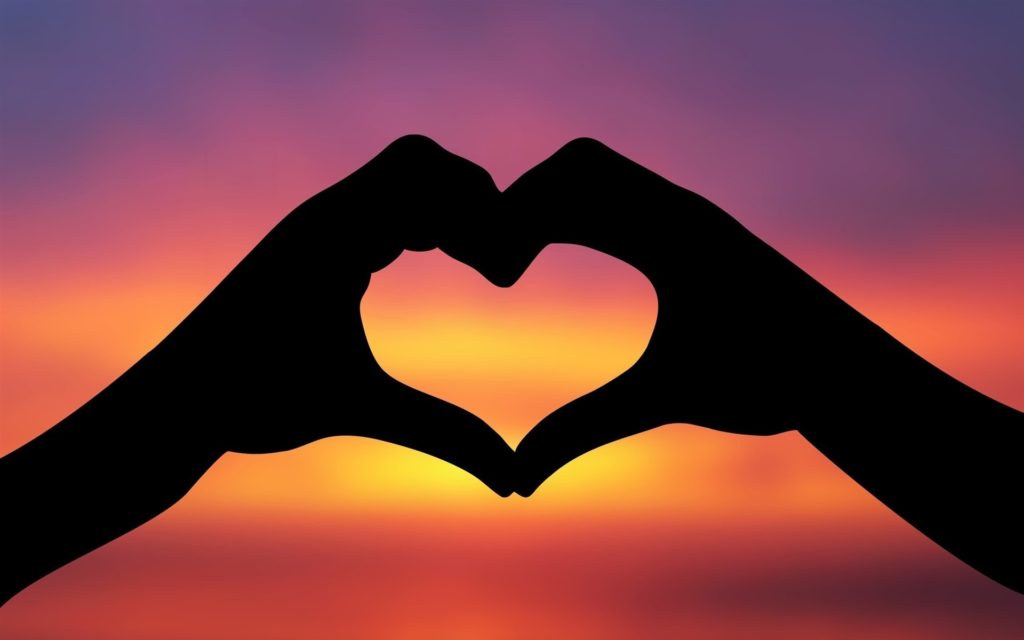 If I had to pick one value my Dad instilled in my brothers and me, it is the importance of integrity.  Mr. Hanna, whom I mentioned last week—the first Bible Study leader I ever had—shared a quote about integrity with us in class one evening.  He said, “You are living with integrity when the life you are living on the outside matches who you are on the inside.” You can tell how much of an impression that made on me, because I took that class twenty-seven years ago! I think it impressed me because it really summed up what Dad had taught us about being honest, trustworthy, kind, and respectful of ourselves and others.  These weren’t just things we were supposed to do; they also described the kind of people he expected us to be.  He taught us these values by example and then he made it plain that he expected the same of us.

When I read this second chapter of Paul’s letter to the church at Thessalonika, it strikes me that Paul is eager to make sure that the Thessalonians do not doubt his integrity.  And his defense of his integrity is an invitation for us to examine our own and think about how we demonstrate our integrity to others as we strive to share with them the gospel of God.

We don’t exactly know what prompted Paul’s concern, but we can make some educated guesses.  Paul had escaped to Thessalonika from Philippi, where he had been imprisoned and miraculously freed. In Thessalonika, Paul went to the synagogue and proclaimed the good news of Jesus.  Many Jewish men, as well as leading women and non-Jewish Greeks, came to believe. This stirred up some other Jews, who incited some ruffians in the marketplace to form a mob and create an uproar.  While the mob was searching for Paul and Silas, they attacked the home of a believer named Jason, and dragged him and some other believers in front of the city authorities.

Jason and the others were released on bail, and that night, they sent Paul and Silas off to Beroea.  But the Thessalonian Jews followed them there to stir up more trouble, so Paul was sent off to Athens to wait for Timothy and Silas. As much as Paul wanted to return to the Thessalonians, events continued to prevent him from doing so.  So, he sent Timothy to them and moved on to Corinth, where he wrote this letter.

With all this hostility from the non-believing Jews in Thessalonika, we can imagine the rumors and stories that might have been circulating about Paul: that he was trying to trick and deceive people.  That he was only out for himself—to achieve fame and popularity and power, and maybe even wealth. Not only that, but remember that Thessalonika was a center of worship for many gods and other religions.  And, it was not uncommon for travelling philosophers to arrive in town, peddling their own brand of thinking and looking to drum up followers.  Paul must have been worried about what the church he had founded and cared about so deeply was hearing about him in his absence, and what doubts they might be having about his own integrity and the reliability of the gospel he preached.

Paul invites the Thessalonians to remember what they had observed when he lived among them, much as, in the letter to Timothy we read last week, he called on Timothy to observe his example. But Paul has more than simple human observation to vouch for his integrity.  He speaks of how he has done his work to please only God. He offers God as a witness to his integrity in preaching the gospel—a God who tests human hearts.

This is a bold position to take.  In that time and place, the heart wasn’t spoken of as simply a physical organ of the body.  Instead, it was seen as the origin of a person’s entire inner life.  It made physical life possible by governing all the functions of the body. But it was the source of so much more. Thinking came from heart. Human will had its source in the heart. All emotions began in the heart. The heart was the seat of spiritual life—the soul sprang from the heart. God examines all this when God tests human hearts—examining them as a scientist “tests” gold or silver to see if they are genuine or not. And so, when God tests our hearts, God is scrutinizing all aspects of our inner lives—physical, mental, volitional, emotional, and spiritual.  The state of our hearts should be reflected in how we live.  If we are living lives of integrity—whole and authentic—how we live on the outside will mirror who we are on the inside.  What we do will reflect who we are.

This idea that God examines our hearts was not new to Paul, and it’s not new to us.  Just this week during my Bible Time with 4-year-olds in preschool, we talked about how God chose David to be the king of Israel.  God sent Samuel to anoint one of Jesse’s eight sons to be the next king, and Samuel thought surely God had chosen one of Jesse’s strong, handsome older boys.  But God told Samuel to keep looking, saying “The Lord does not see as mortals see; they look on the outward appearance, but the Lord looks on the heart.”  The psalmist prays, “Prove me, O Lord, and try me; test my heart.” Paul reminds his readers in Rome, “Real circumcision is a matter of the heart; it is spiritual and not literal.”  God sees and tests our hearts for their genuineness and authenticity.  And then, God watches as a witness as we live out what is in our hearts.

Those with whom we wish to share the gospel need to witness that as well.  Paul knew that to simply pass along information about Jesus’ life, death, and resurrection wasn’t enough to bring others to faith in Christ.  The ones with whom he shared the Gospel needed more than that.  They needed to see that faith in Jesus made a difference in a believer’s life.  They needed to know that the people who were sharing the gospel with them had something other than selfish motives behind their efforts. They needed to see the integrity that encompasses both the inner life and the outer life. And there is only one way to do that.  The only way is through building relationships. That’s what Paul means when he says, “We are determined to share with you not only the gospel of God, but also our own selves.”

Paul and Silas and Timothy were willing to share their entire lives with the Thessalonians—what they thought and felt, how they made their decisions and choices, and how their faith in Jesus made it possible for them to be close to God.  They literally bared their souls to those they were inviting into the fellowship of believers.  They shared with them their own selves, so that there would be no question about their integrity.

Paul’s example is a timely one for us.  Because, people are watching to see if Christians are living out what we say we believe.  The world is watching to see if we have motives other than pleasing God.  I don’t think I’m going out on a limb to say that these are trying times for that.  In 2012, the Pew Forum on Religion and Public Life found that 70% of religiously unaffiliated people—1/5th of the American public and 1/3rd of adults under the age of 30–thought churches focused too much on money and power.

More than 56% of the people living within a ten-mile radius of this church are not connected with any church, and you know why?  They observe conflicts in the religious community. They aren’t made to feel welcome or useful.  They’re disillusioned with or don’t trust religion or religious leaders.  They think religion is too focused on money, and religious people are too judgmental.  What they’re seeing does not communicate what it means to live in Christ. What they are seeing indicates a lack of integrity, where the outside does not match what is claimed to be on the inside.

What they are seeing are the very things Paul worried the Thessalonians were seeing and thinking might be true of him: that he was coming to them out of a desire for flattery and human praise or with a pretext for greed and making demands.  What they are seeing are stumbling blocks—people who claim to be Christians but whose hearts when tested by God will not be found to be to be authentic.

The way we avoid being the wrong kind of stumbling block is to enter into relationship with those we are trying to reach.  We enter into the long, slow process not just of getting to know them, but letting them get to know us.  We share our own selves with them.  We share our thoughts and feelings, our hopes and disappointments, our good times and our bad times.

So often when we engage in missional work, it’s something of a one-way street. We ask those we serve about themselves, we give things to them and we do things for them, but we never invite them into our lives.  We do good work, but we don’t do what Paul and Silas and Timothy did.  We don’t tell our own stories. We don’t share our own selves when we share the gospel.

We’re taking steps to change that. That’s what we are beginning to do with our TAP dinners. By sitting down at the table together, we open ourselves to others, so that they can see our hearts—the same hearts that God sees.  They begin to know what our motives are and how it makes a difference to us to have Jesus in our lives.

This kind of relationship-building takes time.  We don’t tend to share everything about ourselves on the first date.  But gradually, as we come to know each other and build these new relationships, it becomes clearer that what we are on the outside is the same as the what we are on the inside. Our challenge is to do what Paul did in all our missional and evangelizing work—to share not only the gospel of God but our own selves.

When we do that, those we share ourselves with will learn how very dear they are to us in Jesus’ name.  They learn that they are prized and valued.  They come to know themselves as beloved, as we know ourselves to be the beloved of God.  When we share our selves with others, they get a taste of what Jesus shared with us.  By sharing himself, he gave us rest and peace.  He shared himself, and we received the bread of life and living water. He shared himself and gave us eternal life.  He shared himself with us and gave us his own Spirit, so that we can enjoy his constant companionship. His was the ultimate sharing of self while he shared the good news of the gospel of God.

Paul’s determination to share his own self with those he was sent to serve is a model for us as we share ourselves with others. It may feel awkward at first; new relationships usually do. It may require us to step out of our comfort zones as we make ourselves vulnerable by opening our hearts.  It probably wasn’t easy for Paul and Silas and Timothy, either.  But we need to show the world our hearts—hearts that love God and neighbor, hearts that are tested by God on a daily basis.

Through opening our hearts and sharing our selves, we can most effectively share the gospel of God.  In sharing ourselves, the world will come to know us as people of integrity—Christians whose lives are the same on the outside as we are on the inside. Amen.