Here we are on the first Sunday of Advent.  Advent is 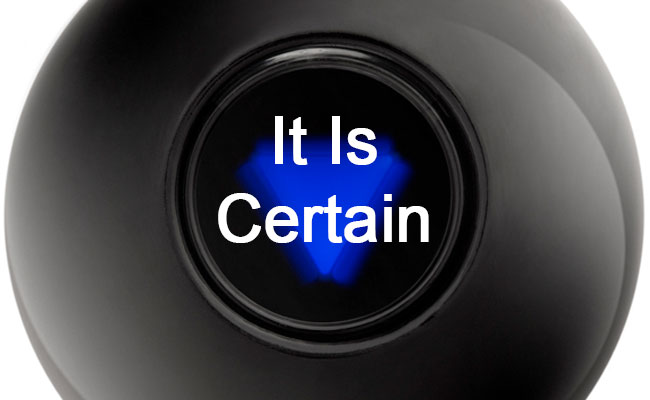 For the Church, Advent has a very different focus.  It is a time of remembering how God became human in Jesus and a time of intentional preparation for the time when Jesus will come again.  It’s a time of prayer and repentance. That’s why the altar and pulpit and lectern paraments are purple and why, if I were wearing robe, it would be black; black and purple are the colors of grief and repentance.  We use this time to remember how we have sinned against God—a God who loved us enough to come to us in the form of a human baby so that we might finally understand who God is, and who we are, and who we are created to be.  Advent is not really intended to be a time of joyous party-planning but a season much like Lent, when we contemplate our relationship with God and what God has done for us in Jesus.

Because we repeat our Advent rituals every year, it is easy to simply take them for granted. We’ve seen the decorations and heard the Scripture passages so often that it’s easy to tune them out.  That’s why I’m excited about the Advent Bible study we’re doing together.  It will help us hear the nativity story in a new way as we consider it from Joseph’s point of view.  Taking our study as a jumping-off point, we’ll do the same thing in worship over the next four weeks.  We’ll look at the Christmas story from the perspective of some individuals who are important but often glossed over: John the Baptist, Elizabeth, the shepherds, and today, the prophet Isaiah.

One thing I had to struggle with a bit as I prepared for our Study group on Thursday was how to consider Christmas through Joseph’s eyes—or the eyes of our other individuals for that matter. Because there was no “Christmas” as we know it until long after those people were gone.  In the early Church, birthdays weren’t celebrated at all, not even Jesus’.  Easter and Pentecost were the main celebrations of the Christian year.  It wasn’t until the middle of the 4th century—300 years into the history of the Church—that observing Jesus’ birth was added to the Church calendar in a form which eventually became known as the Christ Mass or Christmas.

It’s that phrase—Christ Mass—that gives us a good entry point into our Advent studies.  Because the word Mass comes from the Latin and Old English words meaning “to send.”  The Christ Mass—or Christmas—can be understood to mean a time of celebrating God’s sending Christ into the world. And so, through the eyes of others, we can consider what God’s sending Jesus into the world would have meant to them and what it means to us today.

The book of Isaiah was actually written by multiple authors and, of course, all of them lived hundreds of years before Jesus was born. It is tempting to see prophets as fortune-tellers, because we like to know what the future holds.  But in fact, prophets were not fortune-tellers but truth-tellers.  They had a keen understanding of God’s nature and of God’s covenant with God’s people.  They were clear-eyed observers of human behavior.  They were open to hearing God’s word to them.  They were bold and fearless in speaking out about faithlessness, and unflinching in announcing the consequences of unrighteous living.

The author of what is now called Second Isaiah, where our passage is found, wrote during the time when the Babylonian Empire was failing, and the end of the Jewish people’s exile in Babylon was in sight.  All through Isaiah, there are promises that God’s people will not die out—that God will rescue them, that they will be reconciled to God, and that they will return to Zion as God’s faithful people.  But it hadn’t happened yet.  The people were still waiting.

The words of Isaiah express all the emotions that the people must have been feeling as they waited for their exile to end.  Isaiah’s words are a prayer, really; a prayer cried out to God with the people’s deep longing for God’s return in ways that would leave no doubt that the God of Israel was in charge. It cries out their hope as they held tightly to remembering God’s mighty acts in the past. It embodies the mourning they felt over their own sinfulness, deepened by the sense that God had turned away from them. It expresses their shame in admitting their unrighteousness, and exposes both the vulnerability and the comfort in knowing that they were wholly in God’s hands.  All these feelings are expressed in this prayer of Isaiah’s.

So, imagine how the author would have felt if he could have been present hundreds of years later, to witness the birth of a child who would meet all the pleas of his prayer on behalf of God’s people.  I think he would have breathed a heartfelt, “Yes.”  The prophet had promised that God would save God’s people, and in Jesus that promise was kept.

As the prophet breathed his sigh of yes to God, God was saying yes back to the world.  “Yes, this child is the one who comes down from heaven to make all the world know that I reign.  Yes, this child is the culmination of all that I have done before; all those mighty deeds of power only partially revealed who I am, but now I am fully revealing myself in my Son, your Savior, the Messiah.  Before this, no human eye or ear could perceive me, but now every person can see in this child—this boy, this man—who I am.  Where you might have thought I was distant from you, now you will know that I am present with you in your world—that in Jesus I lived your life, died your death, and rose again for your sake. All of the sin that made you unclean, like filthy rags, like insubstantial leaves just waiting to crumble and die, is all forgiven through your faith in Jesus, and my gift of grace can make all people my people.”  The birth of Jesus is God’s yes to the world and evidence that God keeps God’s promises, spoken through the prophets.

The proof that prophets were true prophets and not pretenders was that what they spoke of came to pass.  If Isaiah could have knelt by the manger and gazed into the face of the infant Savior, he would have known that the words of his prophecy had been borne out.  He would have known that the promises he announced had been kept.  But he didn’t live to see that.  He had to live in the trust that what he had prophesied was truth.